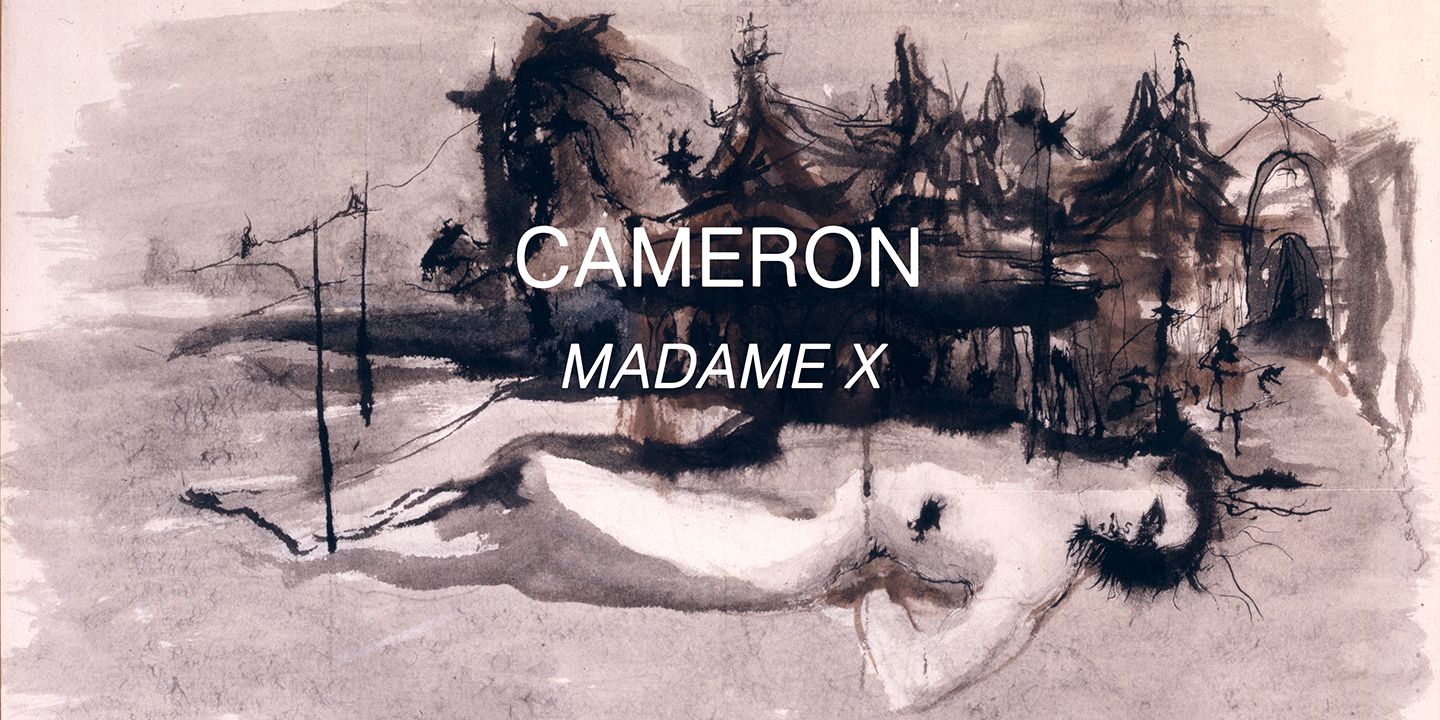 An enigmatic figure in the early days of the California art scene, Cameron was a visionary painter, draftsman, actress and poet who bridged the spiritual and artistic counter cultures flourishing in Los Angeles and Hollywood.  After a stint in the Navy as a cartographer, she returned to California and became the wife and spiritual avatar of Jack Parsons, a founder of the Jet Propulsion Laboratory and an influential leader of the philosophical group Ordo Temple Orientis. Cameron's art and lifestyle were influenced by her relationship to Parsons who died six years after their 1946 marriage. Parson's death had a profound effect on Cameron, and in the late 1950's, she destroyed much of her work.

Cameron was a mentor and friend to artist Wallace Berman who became enthralled with her artwork, poetry, and mystical persona.  In 1955, Berman published a photograph of Cameron on the cover of his journal Semina along with an image of her drawing Peyote Vision, 1955 which is included in our current exhibition. Depicting a serpent-tongued woman in a sex act with an alien being, an image of the work was also incorporated in Berman's exhibition at the legendary Ferus Gallery in 1957. Deemed "lewd" by the Los Angeles Police Department, the drawing resulted in the temporary closing of the gallery when Berman was arrested for obscenity, tried and found guilty. After the incident, Cameron refused to show her art in commercial galleries, further cementing her role as an underground avant garde mystic.  As an actress, Cameron played the Scarlett Woman in Kenneth Anger's Inauguration of the Pleasure Dome (1956), and Curtis Herrington documented her role as a visual artist in a short film entitled The Wormwood Star (1955).

The title of the show is based on Cameron's painting Madame X, c. 1960, a work inspired by the central character of the 1908 French play of the same name by Alexandre Bisson. Channeling the eroticism of Egon Schiele, this exceptional painting is both the artist’s self portrait and her interpretation of the legendary seductress. The female protagonist is a focus of this exhibition which demonstrates Cameron’s merging of feminist power and sensuality with mythology and the occult.

Acrylic and pastel on paper

Ink and gold paint on fiber board

Ink and metallic ink on paper

Ink and graphite on paper

Acrylic and pastel on paper

Ink and gold paint on fiber board

Ink and metallic ink on paper

Ink and graphite on paper