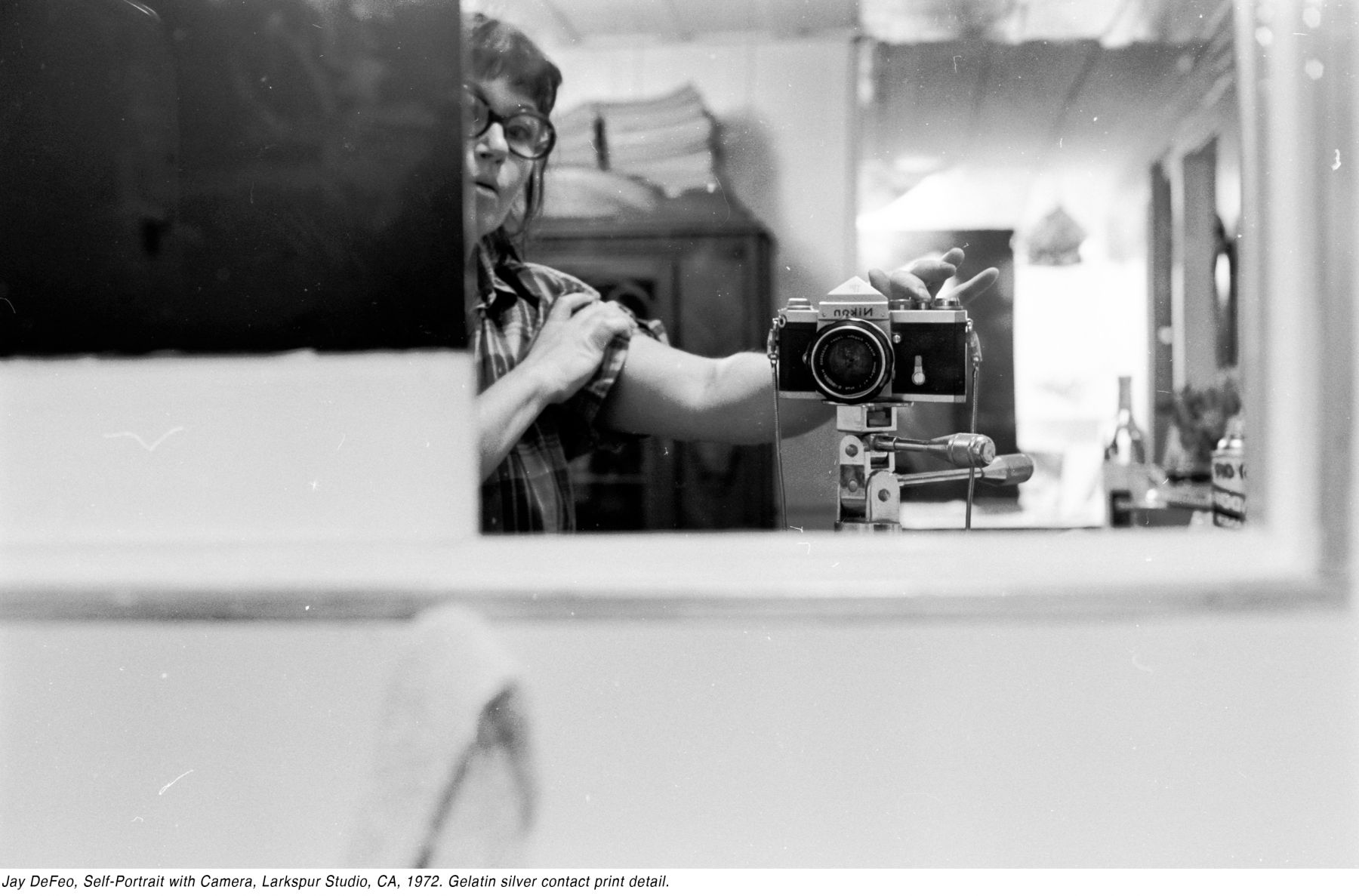 Jay DeFeo (1929-1989) continues to inspire generations of artists with her astonishingly diverse and innovative range of works, including paintings, collages, drawings and photographs. Until recently, DeFeo’s photographic practice has been one of the more underrecognized aspects of her work. Although DeFeo used photography to document and revisit her artistic process, her creative output using the medium took on increased importance during the 1970s. Following the completion of her monumental painting The Rose (1958-66), DeFeo wrote of her photographs in a letter to Henry Hopkins: “I gave it nearly as much attention as painting in the early 70s…Most of the work at the time was concerned with photographing various objects that later became 'models' for the paintings to come. The best of them have a kind of haunting quality I think . . . surrealist leanings . . . a sense of portraiture in landscape surroundings.”

DeFeo’s photographs from the 1970s have proven to be complementary to and reflective of her extensive works in drawing and painting. Her photographs capture the ethereal and abstract textures and shapes around her, with an emphasis on the raw forms and lines in her compositions. As DeFeo wrote in 1978, “More so than most artists, I maintain a kind of consciousness of everything I’ve ever done while I’m engaged on a current work.”

Lauren Schell Dickens, curator of DeFeo’s recent solo exhibition Undersoul at the San Jose Museum of Art, wrote, “Her photographic work operates within a prolonged consideration of primal forms and elemental symbols, an exploration of the mythological and symbolic links uniting the cosmos to studio objects and to life around her: the undersoul, as her friend Beat poet Michael McClure termed it.”

DeFeo’s art is included in the permanent collections of the Museum of Modern Art, New York, the British Museum, London, the Centre Pompidou, Paris, The Menil Collection, Houston, the Art Institute of Chicago, and the San Francisco Museum of Modern Art, among many others. DeFeo’s works can also be seen in Los Angeles in the collections of the Los Angeles County Museum of Art, the Museum of Contemporary Art, the Norton Simon Museum, UCLA’s Hammer Museum, and the J. Paul Getty Museum.